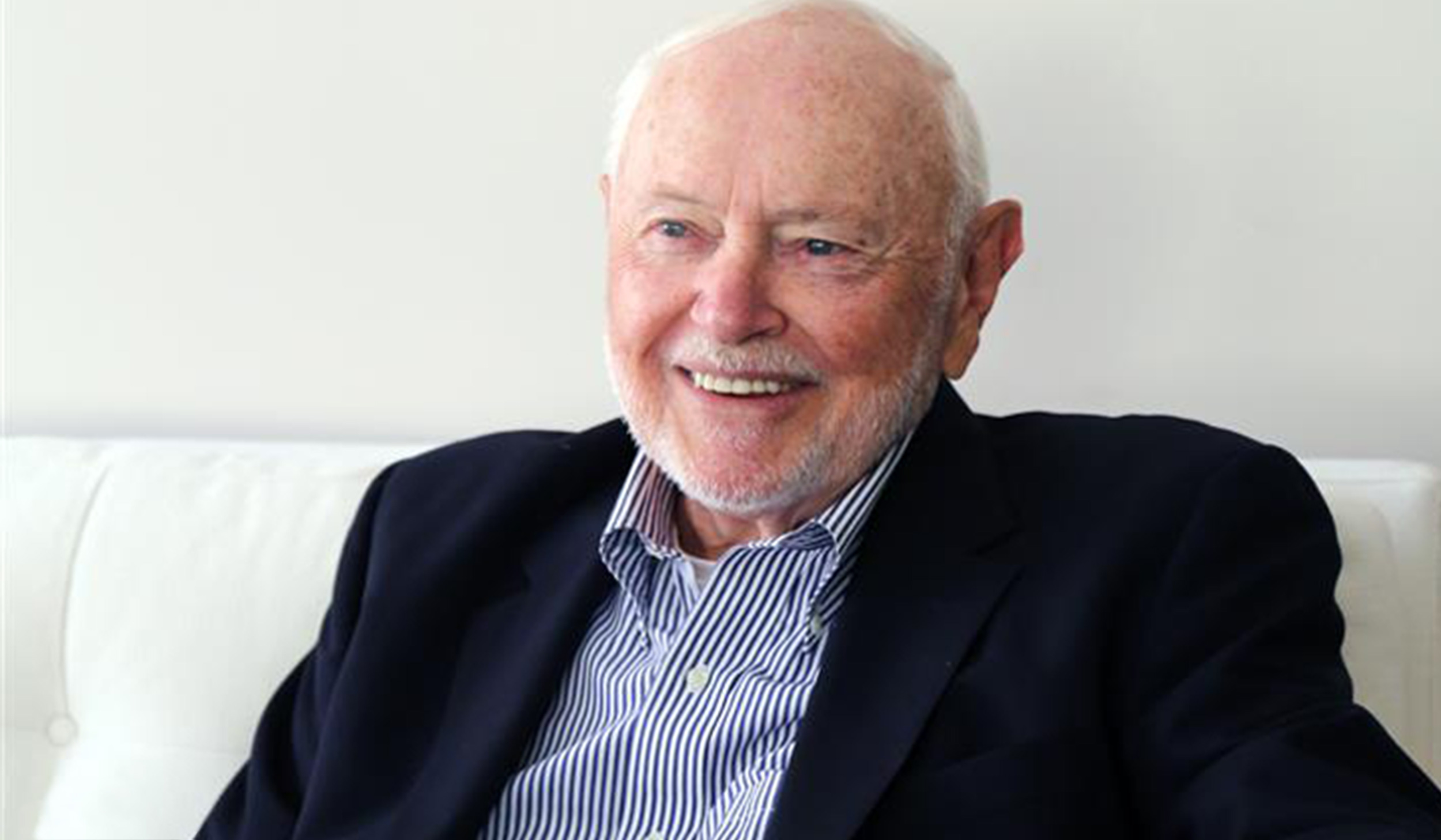 Sid Lerner, a longtime friend of the School, passed away on January 12, 2021. He had just celebrated his 90th birthday in December.

Sid was a legendary Madison Avenue marketing veteran, one of the original Mad Men who worked on widely recognized advertising campaigns such as “Please Don’t Squeeze the Charmin.” He later used his marketing acumen to promote healthy behaviors on the local, national, and global levels.

In the early 1990s, then-Dean Al Sommer encouraged Sid and his wife, Helaine, to become involved with the School. Initially interested in animal welfare and the negative impacts of industrial farming, they also learned about other public health issues. Sid became increasingly interested in ways to change people’s behavior for the better. At regular meetings, Al and Sid discussed challenging health issues and potential solutions—“over dinner and martinis,” of course! “Those were some of the most fascinating and wide-ranging discussions—and martinis—I’ve ever had,” Al recalled. “I will miss him deeply.”

In 2003, Sid partnered with the Center for a Livable Future to launch Meatless Mondays, a simple but effective public health motivation campaign designed to reduce saturated fat consumption by 15%. Its message: “One day a week, cut out meat.” Meatless Mondays grew into a global movement promoted in schools, restaurants, social media, and communities in more than 40 countries.

Meatless Mondays’ origin story reached back to World Wars I and II when Americans had been urged to forgo eating meat so that troops would have an adequate supply. “He was a real zealot about it,” said Bob Lawrence, the former CLF director. “It was not just Meatless Monday but Monday as the day of the week to have a New Year's resolution 52 times a year.”

Inspired by the success of Meatless Mondays, Sid launched the Monday Campaigns, which support positive behavioral changes in smoking cessation, exercise, and other areas. Sid’s brainchildren included “Quit and Stay Quit Monday” for tobacco and “Man Up Monday” for recommitting to safer sex (and stocking up on condoms).

In another brilliant pitch, Sid told then-Dean Mike Klag that public health had important findings, but it needed “to get the knowledge out, informing the public and changing behavior.”

In 2014, Sid and Helaine established the Lerner Center for Public Health Promotion. In keeping with Sid’s mass media roots, the Center develops, evaluates, and promotes public health education initiatives by leveraging traditional and new media. Its mission is to equip public health professionals with proven marketing and communications tools to advance health promotion and advocacy.

To provide permanent support for the Center’s director, Sid and Helaine endowed the Lerner Professorship. At the professorship installation in 2015, Sid commented, “Our long-term vision of bringing the public closer to public health, bringing the public to better self-care with the fruits of our research and prevention discoveries, just got a couple of steps closer.”

Ellen J. MacKenzie, PhD ’79, ScM ’75, the current dean of the Johns Hopkins Bloomberg School of Public Health recalled Sid with fondness. “Every time I connected with Sid, I came away inspired and moved by his passion for “doing good” and making the world a better place—with a hefty dose of humor and love of life.”

We extend our heartfelt condolences to Sid’s family, friends, and colleagues.