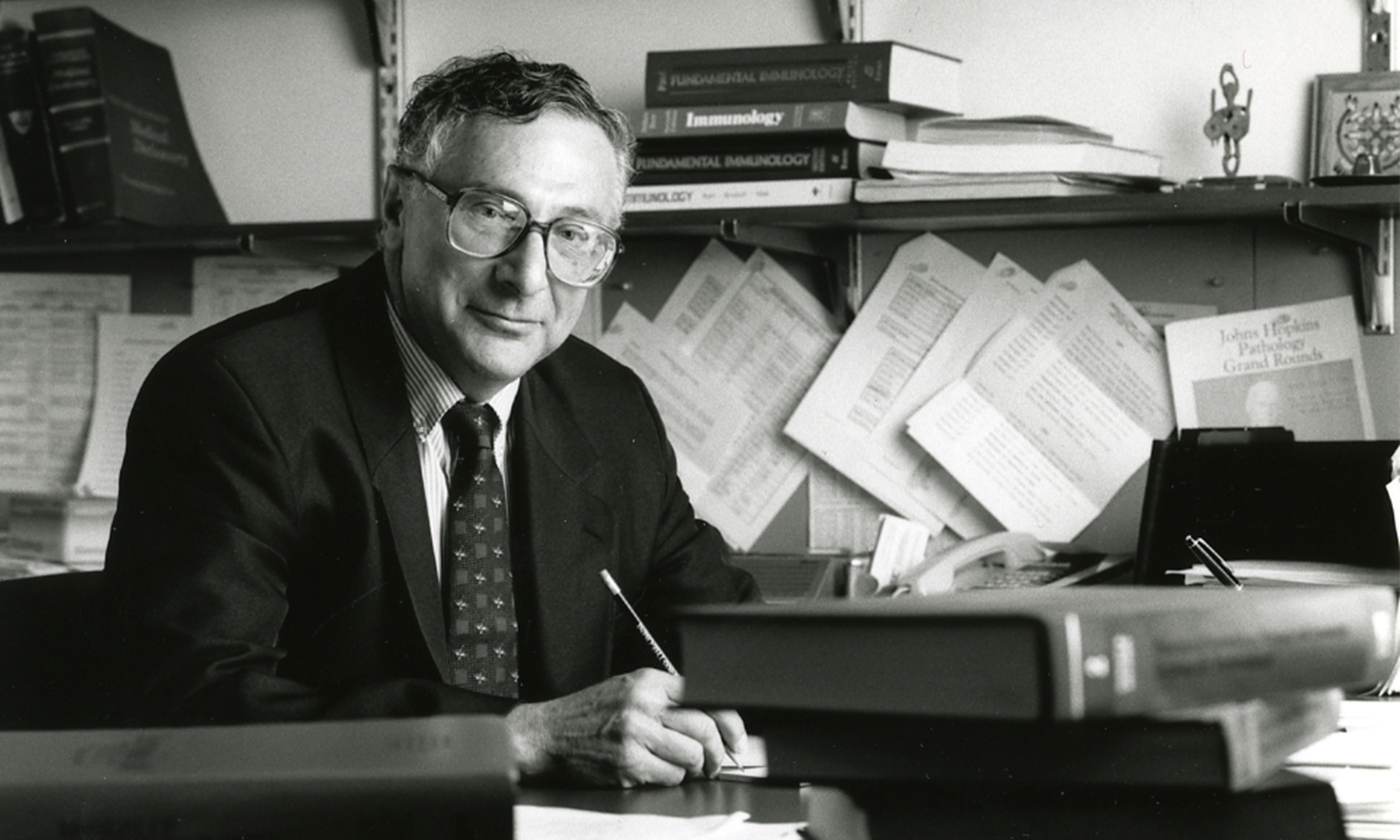 Noel R. Rose, MD, PhD, a longtime Johns Hopkins Bloomberg School of Public Health faculty member and researcher recognized as a father of autoimmune disease research, died Thursday, July 30, at home in Brookline, Massachusetts. He was 92. Dr. Rose joined Johns Hopkins in 1982 as chair of what is now the W. Harry Feinstone Department of Molecular Microbiology and Immunology at the Bloomberg School.

In 1956, at the University of Buffalo School of Medicine, Dr. Rose and his mentor Ernest Witebsky, MD, discovered that Hashimoto’s disease—chronic lymphocytic thyroiditis, or hypothyroidism—could be reproduced in experimental animals by immunization with thyroglobulin, which revealed that animals produced an immune response that inflamed and destroyed their own thyroid glands. This landmark discovery of autoimmunity led to the creation of a whole new class of disease and opened the door for research for treatments and cures.

Autoimmune diseases such as type 1 diabetes, multiple sclerosis, lupus, and rheumatoid arthritis encompass more than 100 chronic conditions and affect more than 20 million Americans, of whom approximately two-thirds are women.

“Noel was an extraordinary scientist and an exceptionally kind and humble human being—always looking out for the well-being of faculty and students,” said Ellen J. MacKenzie, PhD ’79, ScM ’75, dean of the Johns Hopkins Bloomberg School of Public Health. “I admired his steadfast commitment to excellence coupled with his dry sense of humor. He was always good at listening to different sides of an argument and reaching a decision that everyone felt good about.” 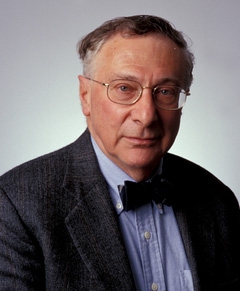 Prior to joining Johns Hopkins, Dr. Rose served from 1951 to 1973 on the faculty of SUNY Buffalo School of Medicine, where he made his next major discovery: the genetic basis of autoimmune disease. His lab showed for the first time that the major histocompatibility complex contains the main genes that determine the risk for all autoimmune disease. From 1973 to 1982, he was professor and chair of the Department of Immunology and Microbiology at Wayne State University School of Medicine.

“As his successor as department chair, I benefitted greatly from Noel’s perspective and advice. In his own quiet and considerate way, he contributed to science and the School of Public Health in multiple ways,” recalled Diane Griffin, MD, PhD, University Distinguished Service Professor at the Bloomberg School who served as chair of Molecular Microbiology and Immunology from 1994 through 2014. “He was a founding contributor to the field of autoimmunity and continued to make pioneering contributions to our understanding of these diseases.”

From 1982 until 1993, Dr. Rose was professor and chair of what was then the Department of Immunology and Infectious Diseases at the School. Until his retirement in 2015, he simultaneously held a full-time appointment in the Johns Hopkins School of Medicine’s Department of Pathology, where he directed the Pathobiology Graduate Program.

Dr. Rose directed the Department of Pathology Division of Immunology from 1993 to 1998, and served as president of the Bloomberg School Faculty Senate. He also directed the Johns Hopkins Center for Autoimmune Disease Research, which he founded in 1999.

His prominent national and global leadership roles included director of the Pan American Health Organization/World Health Organization Collaborating Center for Autoimmune Disorders and chair of the Autoimmune Diseases Coordinating Committee at the National Institutes of Health. Dr. Rose was editor or co-editor of 23 books and published more than 880 articles and chapters in the fields of immunology, immunopathology, autoimmunity, and autoimmune diseases.

He and Ian R. Mackay developed the standard textbook in the field, The Autoimmune Diseases, with the sixth edition released in 2019.

Dr. Rose was born in Stamford, Connecticut, on December 3, 1927. His mother was a teacher and his father a physician. He received his BS in zoology in 1948 from Yale University, a PhD in medical microbiology from University of Pennsylvania in 1951, and his MD in 1964 from the State University of New York, Buffalo.

Dr. Rose inspired public health students and scientists worldwide and embodies the spirit of science as the engine of progress in public health and medicine. His leadership at Johns Hopkins and at the NIH, WHO, AAAS, and a variety of other national and international agencies has created a legacy of scientific excellence and commitment to fighting disease that will benefit the world for generations to come.

If you would like to make a contribution to honor Dr. Rose’s memory, please donate online to the Noel R. Rose Fund in Molecular Microbiology and Immunology.