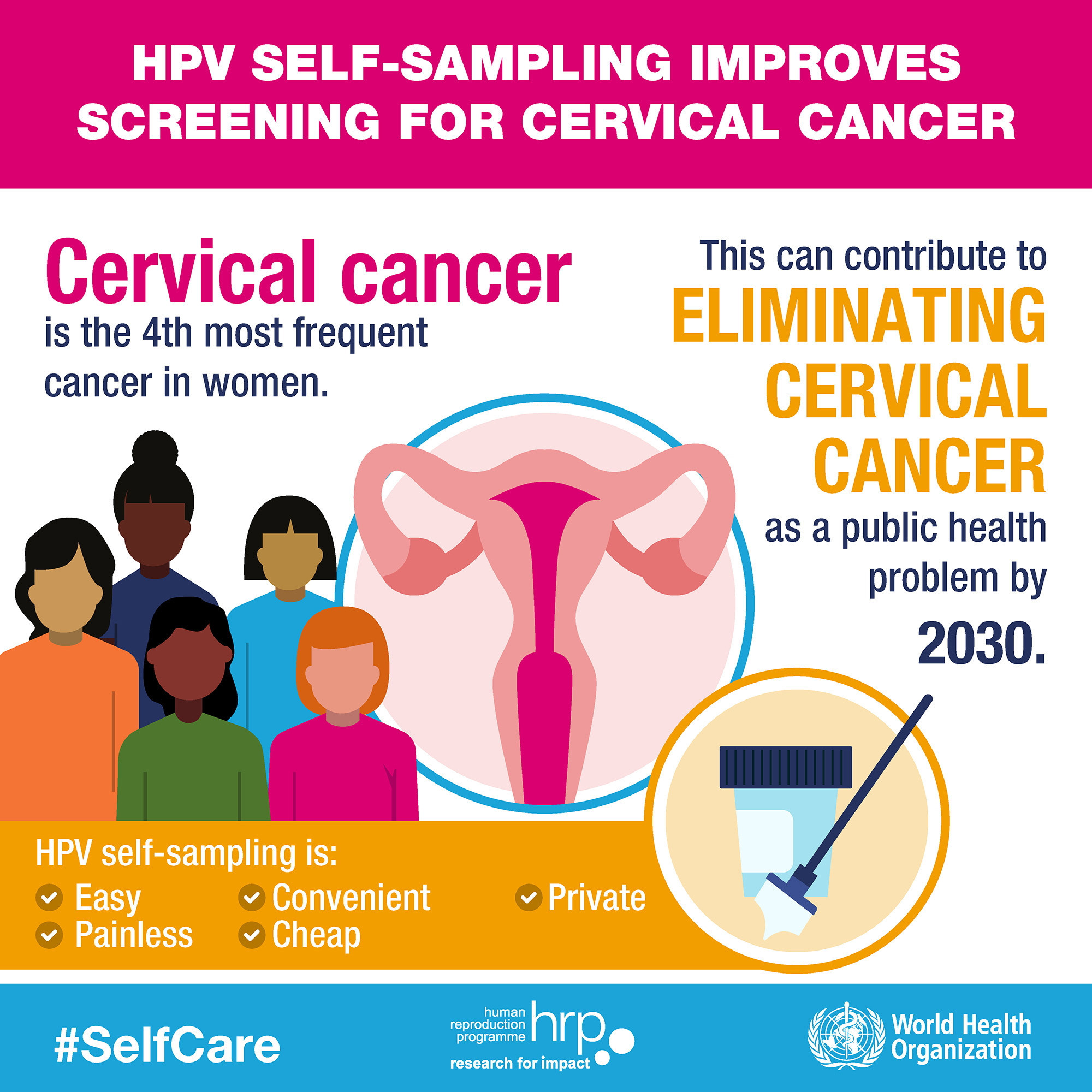 A new meta-analysis investigated whether using a human papillomavirus (HPV) self-sampling kit increases the likelihood of seeking cervical cancer screening. The analysis showed that women who had the option of collecting their own sample for HPV testing were twice as likely to seek cervical cancer screening as those who relied on standard-of-care screening practices. Researchers, however, found no difference in follow-up treatment rates after initial screening. The study, published in the BMJ Global Health, was conducted by researchers in the Department of International Health at the Johns Hopkins Bloomberg School of Public Health, the World Health Organization, and the International Agency for Research on Cancer.

Cervical cancer, which results from high-risk HPV infection, is the leading cause of cancer deaths among women in low- and middle-income countries. While the HPV vaccine exists, it remains out of reach for many women in these countries. Early detection and treatment of precancerous lesions can play a valuable role in reducing the burden of this disease for disadvantaged women.

“Given the personal and sometimes sensitive nature of sexual and reproductive health, options such as self-sampling for HPV could play a valuable role in improving the well-being of vulnerable populations and communities in lower-resourced areas,” says lead author Teresa Yeh, MSPH, a research associate in the Department of International Health at the Bloomberg School.

After systematically reviewing almost 2,000 citations, researchers identified 33 relevant studies. In total, these studies observed more than 350,000 participants. All compared the rate of cancer screening between women who were offered self-sampling kits for HPV and those who relied on standard-of-care methods. Standard screening practices included reminder letters, recommendations for screening, Pap smears, visual inspection with acetic acid, and clinician-performed HPV testing. Self-sampling kits were delivered using either opt-out or opt-in approaches. Opt-out strategies included direct mailing and door-to-door delivery of self-sampling kits by health workers. Opt-in dissemination required women to request the kits, which could be either mailed to their homes or picked up at another location.

Overall, meta-analysis found that women were twice as likely to seek cervical cancer screening if they were offered self-sampling kits compared to those who relied on standard practices. Women who received kits from door-to-door health care providers were three times as likely. Women who received kits through the mail were twice as likely, and participants in opt-in studies were more likely, but not statistically significantly, to seek screening than those in the control arm. Whether self-sampling for HPV testing or using regular cervical cancer screening services, however, women had low rates of follow-up testing and treatment.

“Self-care is an integral component of the health system,” says Caitlin Kennedy, PhD, MPH, an author of the study and an associate professor of International Health at the Bloomberg School. “With the right approach, evidence-based self-care interventions for sexual and reproductive health can empower individuals and help achieve universal health coverage by making critical interventions more widely available around the world.”

In addition to HPV screening, the studies in the series examined STI testing, ovulation predictor kits, self-injection of hormonal contraception, and over-the-counter access to oral contraceptives.